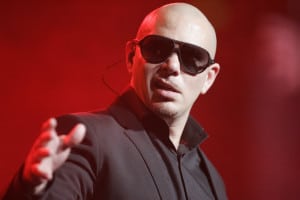 With all the hype in social media about Kim Kardashian’s husband and a top grossing fashion empire, you would think Kanye West earns more than Pitbull right? Wrong! It might seem shocking to some, but not to Pittbull because Mister International knows the power of music and how to live up to his nickname!

Pitbull, the Cuban-American rapper and Raggaeton genius apparently earns much more than many of his peers, including Kayne West and DJ Khaled, listing him at No.8 in 2018 Forbes highest paid hip-hop acts with $32m (24.6m pounds) while Kanye sits at No.10 with $27.5million.

The singer/songwriter who drew a stage name after an outlawed dog in Dante County states that he makes global music that caters to everyone’s taste internationally. He derived his name from the dog because he was also “too stupid to lose” a fight or a struggle. He feels that as long as he can engage the listeners into listening to his songs for three minutes, his job is done!

He seems to focus entirely on putting out feel-good music that everyone needs at some point in their life. The catchy lyrics, the steamy videos, the earworms and vibrant beats, all make up for the success of his music.

The 38-years old hip hop artist did not reach his current status overnight but music was always his interest as a young boy of three who drew inspiration from the Miami pop musicians such as Willy Chirino and Celia Cruz.

He grew up in Miami where his parents split up and he was chucked out of the house at the age of 15. His father was a drug dealer and he did the same but he was later pulled into the mainstream music scene when he was featured with Lil Jon and the East Side Boyz in 2002.

He gained further momentum when his song “Oye” was featured in the blockbuster 2 Fast 2 Furious in 2003. Since then, there was no slowing down for the Florida rapper.

Some of the most renowned artists that Pittbull has shared his music with includes Jennifer Lopez, Ke$ha, Shakira, Flo Rida, Robin Thicke, Enrique Iglesias and Lil Jon, to name a few.

Besides being a record producer, the Miami star is also an ambassador for Latinos in America, promoting cultural alliance through his upbeat music and connecting Latin and Hip-Hop with a cross-over appeal. He has gained much respect and alliance from several megastars such as Diddy who praise him for his talent as an artist and an entertainer.

The Grammy winner currently has over 90 songs and 10 albums that feature collaborations with international sensations in different languages. He has won over 45 music awards and has been nominated over 142 times. He has the fans chanting to Latino phrases and dancing the Salsa with a twist of contemporary hip-hop and pop sound.