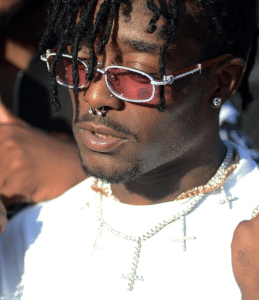 Symere Woods who is known by his stage name as Lil Uzi Vert is said to have announced his retirement from the music industry at the age of 24, claiming his desire to lead a normal life and thanking his supporters after some label row with Atlantic Records.

The “Bad and Boujee” (2017) hit-maker took to Instagram to post a video where he stated that he no longer wants make music because of the way he got a signed deal.

In the short video on his Instagram story, he compares his official record producer to street rats and rants about an unfair deal. The details of the deal have not been mentioned but it clearly shows that Woods was not happy with the way his label was handling his music.

He also deleted all his music videos posted on Instagram, leaving only 29 pictures of his outfit, friends and selfies

Uzi Vert has been working on his next album “Eternal Awake” after the massive success of his last solo album Luv is Rage 2 (2017). He even won an MTV video Music Award in 2017 for “XO TOUR Llif3” which was named Song of the Summer. He was even nominated for the Grammy Awards for “Himself” in 2018 for Best New Artist.

Lil Uzi rose to fame after his mix tapes and a series of EPs were discovered by Atlantic Records in 2014 who immediately signed him up. He then started touring with other renowned artists like The Weekend and Gucci Mane between 2016 and 2018.

There has been a feud over his deal with Don Cannon and DJ Drama, owners of Generation Now for delaying the release of “Luv is Rage 2” where he advised others not to sign with the label. There has also been an incident in April 26, 2016 where OG Maco from Atlantic Records accused Lil Uzi of stealing his style.

Although the events of the incident was claimed to have been misinterpreted, Woods bragged about punching someone in the face on social media in January, 2018.

There has always been a bit of tension between Woods and the labels he has worked with but he has also contributed to a number of causes against gun violence after the death of his friend and rapper XXXTentacion. He even vowed to quit drugs and remain sober after the death of rapper Lil Peep.

The loss of his music from social media has hit some of his fans with disappointment but they seemed to understand the young rapper’s need for a break from the hassles having to deal with the pressure at such a young age. The fans probably feel like it is justified and that he needs a break for his mental health but they are still hoping this is a temporary phase.

Since there have not been any comments about the retirement claims by Atlantic Records, it is probable that there must be some negotiations going on until the platinum star is able to straighten out the current situation with his label.