Kendrick Lamar Made a Smart Move Not Working on New Album 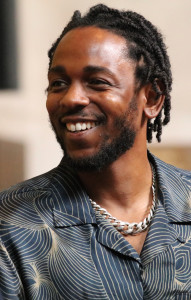 Kendrick Lamar has been one of the most consistent musician in contemporary rap music. With three consecutive hit albums since his ground breaking debut Section.80 (2011) to his last album Damn (2017), he has kept himself relevant with various chart topping collaborations featuring other big artists such as Taylor Swift (Bad Blood), Maroon5 (Don’t Wanna Know) and Sia (The Greatest) in a side project for a movie.

2013 through 2017 was the years of non-stop musical conquests but 2017-18 was the ultimate high for the rapper. With the release of “Damn” that broke records and then the follow up of the soundtrack for the 2017 blockbuster Black Panther, it was expected of the rapper to come up with something even more amazing.

But there has been no sign of a new album or new material from the Compton-born songwriter. He chose to focus on promoting the Black Panther soundtrack while performing shows. While K-Dot fans might be disappointed for the lack of a solid album soon, it has been a smart career move for Lamar.

Taking a year off allows him to focus on a single project made it earn the most streamed soundtrack within a week. The Black Panther Album debuted at No.1 in the Billboards Chart and even spawned other singles from SZA and The Weekend prolonging Lamar’s stay at the top for four consecutive albums!

The Black Panther Album is currently nominated for the prestigious AOTY, Critic’s Choice Award and Billboard Music Award. It is said to be under consideration even for the Grammy’s Album of the Year so he is in a risk-free position where if he wins or not, it is still an honor.

If the album cleans the most prestigious titles in the Award, fans can be satisfied with their idol’s big achievement yet again, but if it gets strike off, it would still be extending Lamar’s chart-topping run. For the haters, they can take it as a stopgap between Lamar’s last record album and the future album.

Although fans did not hype-up the Black Panther soundtrack album as much as they loved his solo albums, it still kept them intrigued while keeping the artist in the limelight.

He made history by becoming the first rapper to win a Pulitzer Prize for music and curated seven Grammy nominations the Black Panther: The Album.

Instead of disappearing or being devoured by the hangover of the last success, it helped maintain his commercial momentum which was not as disappointing as many other artists when they take a dip away from the biz to concentrate on new projects.

In a report on complex.com, Lamar is said to have been “working in a long-form” but without much details of subject or themes. He has definitely not been idle and is continuously developing new and exploring new forms of expression but a new record album is not expected yet.

With so much to take in within a year, it is no surprise that the rapper would need time to focus on something that beats or equals this current accolades. Fans will have to let the “humble” star patiently stir up something that is better than “Damn”.