21 Savage Gets Personal in Latest Interview with DJ Akademiks 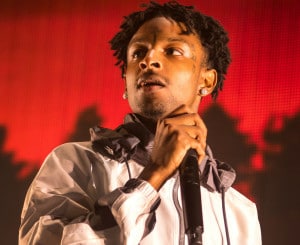 DJ Akademics who is a famous YouTuber with over 2.1million subscribers is an undervalued DJ in the music industry.

In a recent post on YouTube in DJ Akademiks’s channel, the content creator posted an intimate interaction with the 26 year old hip hop artist in a local setting while the two talk about the musician’s career, inspirations, upbringing and future endeavors.

In the series called “a Mile in My Shoes”, the trap/gangsta rapper revealed about his experiences a s child with a challenging upbringing because of his gangster ways and how he got into the music industry.

21 Savage who has won major awards in the Billboards and MTV revealed that since he was caught with the possession of a gun in middle school, he was shifted to many alternative schools in Georgia. But he could not stick to one until there were no options but to drop out and start selling drugs which was mostly weed.

As Akademiks talk to him about his music and how much he had evolved since then, viewers can see a glimpse of the intelligence and determination he has to stay in the zone and keep making music so that he can continue to flex and enjoy his current privileges, make music but still continue to stay within his hood.

He also revealed that he was into armed robbery, car lifting and even ended up in jail but all these came to an end when his right-hand man was killed in a shoot-out that involved him as well.

His lyrics and music style reveals a lot of the violent incidents but this interview is the first time that anyone got to talk to 21 Savage about and made him tell the story behind some of his violent lyrics in all his albums Issa Album (2017) and I Am > I Was (2018).

The rise from the slums to stardom was a pretty quick, yet windy one for Hernandez.

While the channel has often received unwelcoming comments and trolls, this documentary has really amped up the number of viewers and the validity of DJ Akademiks subjects. The satirical channel about social issues and current interests was well-received and has better reviews due to “A Walk in My Shoes” from other YouTubers than most of his other documentaries.

Though the entertainment channel is still reeling under criticism and is still sparking controversies for DJ Akademik’s comments on some of the statements that 21 Savage made about not wearing jewelries and starting to make investments, the interview has opened up new prospects for the two entertainers.

The 16-minutes video on YouTube has indeed shed a light on various social issues and has given a platform for many artists to candidly speak out their truth.